By Amber AnthonyDecember 28, 2017 No Comments

I’ve been struggling with a title for this post because nothing could truly describe a decade long relationship with a young woman who has experienced me first hand through much of my professional growth.

Since I started blogging, it’s been kind of fun because people will contact me and we will dialogue in detail about their memories as it relates to my posts.  This whole process has been incredibly nostalgic and humbling for me.

My beautiful Cierra, 10 years my junior, joined Rainbow 10 years ago in Las Vegas, NV.  Though we had a break for about 2 1/2 years when I transitioned to California, I was lucky enough that she agreed to relocate to California… even though my colleague stole her from me LOL.

When Cierra first joined me,  I was a one woman show and spread incredibly thin.  The value she created in my personal and professional life remains invaluable.  She and I worked 7 days/80 hrs per week during our Competition Tour (approx 20 weeks out of the year) for many years.  We worked our assess off back in those days…. loaded and unloaded trucks, carried and laid marley floors, opened every single box of awards, and when I had to run onstage to host the awards ceremonies, she would relieve me at the merchandise booth…. we had a skeleton crew so there were NO floaters… those were AMAZING TIMES!  We were #LIVING

We have it so easy now in comparison – How far we’ve come!  I’ve never told her this… but there have been a few occasions that I wish I had been a stronger role model (my personal life was in shambles) for her.  Especially when I started planning the Rainbow takeover – She for sure would have been my 50/50 partner.  Both of our lives were complicated back then – and I’m sure everything worked out for a reason as she has a healthier work/life balance than I.

No matter how hard you try…. the more you work, the more your personal life suffers.  Most people just don’t understand.  But Cierra and I are cut from the same cloth in that our work is heavily tied to our self worth.  It is a choice – and it has its price.  Because I do feel some regret as mentioned above, a recent conversation she and I were having gave me some peace when she said, “Amber, you couldn’t pay me to deal with the types of issues you do.”

And even though my life is 10 times easier today than it was even 5 years ago…. at the end of the day, it’s all good when it’s good – but when it’s bad…. there is so much too lose!  You have to have a strong character to ride the waves in business – If the market isn’t your biggest critic then economic constriction will determine how good you really are!

Like I mentioned, Cierra doesn’t work alongside me anymore, as her role has expanded and she now has her own direct reports.  I am incredibly proud of her growth and patience – trusting the process. Had she not supported me the way she did way back when…. I don’t know how I would have navigated through those rough times.

Cheers to the last ten years and many more to come! 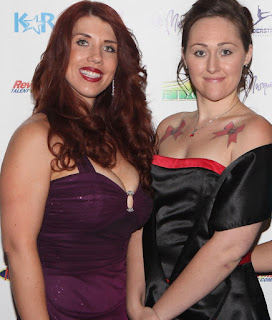 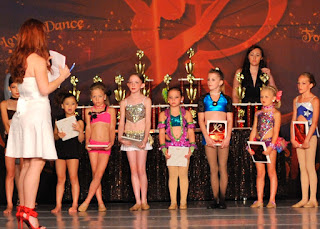 I’m Amber Anthony-Sandoval, strategy superstar, multimillion-dollar business owner and a compassionate consultant who “tells it like it is” because I want to see my clients win. Subscribe to my blog to learn how to make money moves!